Editor’s note: We will keep adding to this list of the best Hindi TV shows on Disney+ Hotstar VIP as and when new ones are announced.

Criminal Justice is an Indian Hindi-language crime thriller legal drama web series for Hotstar Specials, based on the 2008 British television series of the same name, written by Shridhar Raghavan and was directed by Tigmanshu Dhulia and Vishal Furia.

This is a Hindi espionage thriller on Hotstar that tells the story of a RAW agent (Kay Kay Menon) who believes that a single terrorist has perpetrated a series of terror attacks. He is under an official inquiry though, for his excessive use of government funds. The series unfolds as Menon describes how he selected and trained a number of special operatives to bring down the anarchist behind some of the biggest terrorist attacks in India and around the world. The eight-part show is a bit stretched, but Menon keeps the mood going and makes this an overall satisfactory watch. This is a crime thriller Hindi TV series on Hotstar wherein a doctor’s family is taken hostage by four masked men a night before she’s scheduled to operate on a highly influential and powerful politician. She can either save her patient or her family, but instead, she chooses to take on her tormentors and turns the tables on them. Hostages stars some pretty well-known TV celebs like Tisca Chopra, Ronit Roy, Parvin Dabas, Aashim Gulati, and Mohan Kapoor. The plot of this TV series is not something to write home about, but it’s fast-paced and keeps you at the edge of your seat right up till the end.

This is the story of a happy, well-to-do family in Rajasthan that is rocked by the unexpected murder of its patriarch (Chandrachur Singh). It’s now time for the matriarch (Sushmita Sen) to take matters into her own hands and make sure her family survives the drug war it’s been forced into. She can’t trust anyone, not even her closest friends. Will she and her kids make it out alive? The nine-part thriller series is one of Hotstar’s best original productions. Yes, it can get a bit over the top at times, but watch it just for Sushmita Sen’s big acting comeback. Want to lighten the mood? Then you should definitely check out PariWar on Disney Plus Hotstar. The comedy series follows a group of quarrelsome family members who gather in their hometown in hopes of inheriting a lucrative piece of land. Little do they know that the inheritance is but a ruse created by the family patriarch to reunite them and solve their petty differences. Out of Love is a two-season series on Hotstar based on BBC One’s Doctor Foster. It stars Purab Kohli and Rasika Dugal in the lead roles of husband and wife duo Meera and Akarsh. The two are shown happily married until Meera finds a woman’s hair on Akarsh’s scarf. She starts sleuthing around to figure out if Akarsh is having an affair with someone. When she finds out that he is indeed involved with another woman, she falls into chaos and makes several bad decisions, only to come to a point where she must decide between forgiving, forgetting, or fighting with her better half. This Hindi political drama on Hotstar has been created by Nagesh Kukunoor and is one of the best shows to watch on this list. The plot of the TV series is centered around a fictional political dynasty in Mumbai. An assassination attempt is carried out on the patriarch and one of the most influential leaders of this family, following which a power struggle begins between his daughter and son, blurring the lines between what’s moral and immoral. Go all the way back to the 80s with Malgudi Days on Disney Plus Hotstar. The cult classic Hindi series is based on short stories written by famous Indian author R. K. Narayan. All the 54 episodes of the original series are now available to stream on Hotstar for those of you craving some nostalgia. 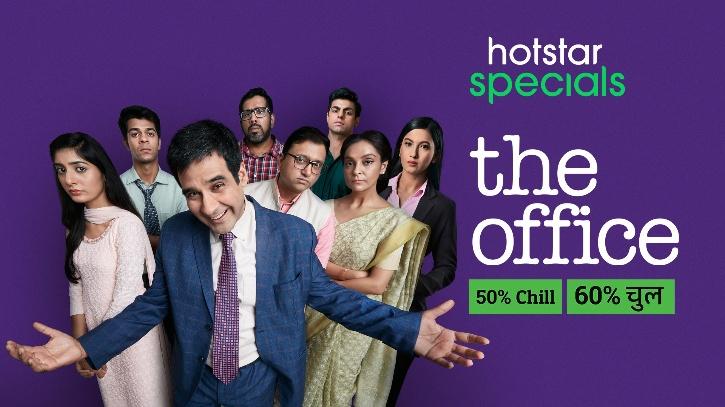 The office is inspired from the UK the office series and it depicts the life of office in a comic manner. This show quite popular in the foreign countries and in India, the interpretation is doing well.

OK Computer‘, about the investigation of a murder committed by a self-driving car, has a street-play approach to science-fiction. OK Computer is a masterpiece. It is a remarkably prescient treatise on time and technology, a uniquely impressionistic mood piec.

12.The Legend of Hanuman

Awesome Now You See Me Movie Facts In Hindi

30+ Incredible Life Hacks That Make Life So Much Easier

Incredible Life Hacks That Make Life So Much Easier1.The Next time you stub your toe or get a cut, look away. The body oftentimes...
Read more